This page examples how we regularly work your one-off commission from supplied photographs, drawings, logo’s, business cards etc. We are also happy to research appropriate images based on your verbal description of how you envisage the end result.


We tend to find that a lot can be achieved in just a ten minute telephone conversation, you will find us very easy-going and personable. Once we have discussed your requirements, we would apply ourselves to your design, focusing on every attention to detail and fulfilling your every request.


Design Fees vary depending on your commission. Prices start from £50.00 inc.


A typical case study of a bespoke commission process. In this instance, a 'framed hanging sign': 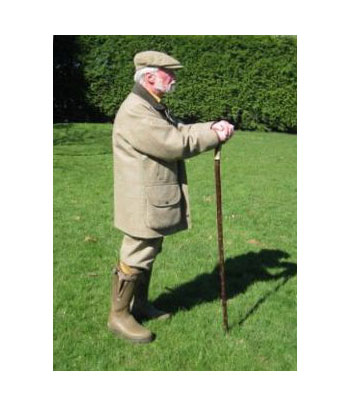 Above is a photograph taken by the wife of her husband posing in the garden with his stick, cap, followed by three photographs of his spaniels, - all for inclusion into their house sign. 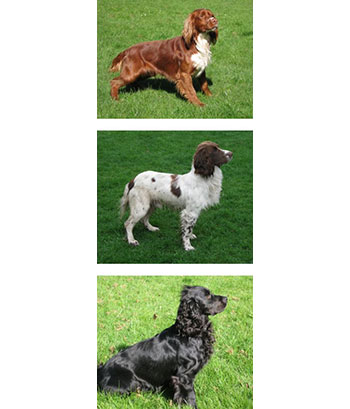 We will then draw a proposed design for your based on this and email or post our design to you for your approval. Only once we have your full approval to we proceed - You can request as many modifications on your design until you are happy for us to start manufacture

This is a typical example of what you design will look like, with all white areas being light transmitting cut-out detailing we will then await your confirmation or requested modifications. 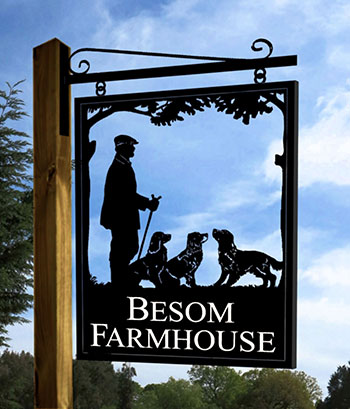 Once the design has been approved we then proceed with the manufacture of your commission by hand it to your approved design, then fabricating your commission in our workshop prior to galvanising, and powder coating to give the finished piece the ultimate in durability and delivered to your door.